Pat Phillips is a 32-yr-vintage painter who has shot immediately to the 2019 Whitney Biennial seemingly out of nowhere, an enviable feat in all people’s ebooks. His work possesses none of the mannerisms you’d partner with breakneck institutional reputation. It’s now not brazenly political; its technological profile is nonexistent, and whilst it’s miles rooted in graffiti, street art is the gift most useful as a history echo, as a minimum within the paintings observed in SubSuperior at Catinca Tabacaru — his first solo exhibition in a New York gallery, and handiest his 2d appearance in the town on account that final year’s SPRING/BREAK Art Show. 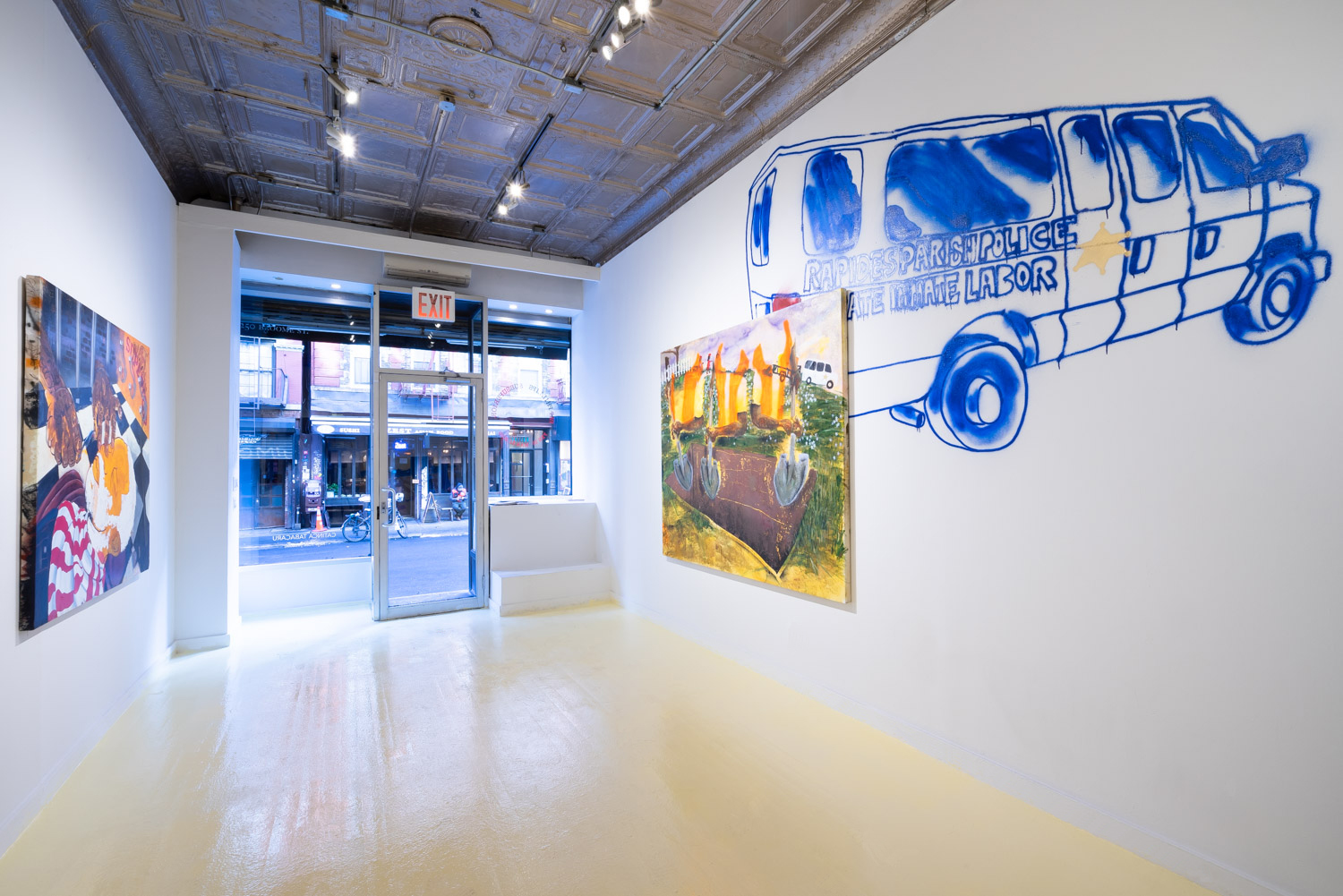 There is a sprayed drawing of a van marked “Rapides Parish Police [St]ate Inmate Labor” on the west wall of Catinca Tabacaru’s lounge, and a cramped installation inside the back, however, most people the exhibition is painted on canvas, pics of disembodied fingers, legs, and feet engaged in numerous varieties of menial work. The show’s press release takes the form of an artist’s announcement, wherein Phillips writes: I grew up in a center-class suburb among four different black families. Relatively blue-collar, lots of our parents worked inside the few nearby industries in and around the metropolis. Out of the folks that looked at me, we had a bus driver, janitor, manufacturing facility worker, a Baptist preacher/attorney, and my dad…a Corrections Officer on the local jail.

It is thru his father’s career — the starkest form of adaption to the white strength structure — that Phillips finds a pictorial strategy for probing the racial chasms of the justice device, and by way of inference, healthy existence. That his father labored in Louisiana, the house of the infamous Angola maximum-security prison (officially called the Louisiana State Penitentiary), best exacerbates the psychological disconnect expressed in these works. In an evaluation of the memoir Solitary: Unbroken by Four Decades in Solitary Confinement. My Story of Transformation and Hope by way of former Angola inmate Albert Woodfox, published this week in The New York Times, Dwight Garner notes:

The “legacy of slavery” was everywhere at Angola, Woodfox writes. When he arrived, it turned into segregated. White prisoners, by and large, difficult interior, even as the black prisoners labored the fields, frequently cutting sugar cane underneath guards’ supervision with shotguns. If no longer for the photograph of the Rapides Parish prison van that Phillips spray-painted throughout the wall, but there’s little indication that what is being depicted right here is the pressured labor of black men with the aid of the country. In the living room, where four canvases glow with sunny swathes of yellow, boots are polished.

Cheeks are lathered and shaved; roadside clutter is cleared, a grave is dug. At first glance, the paintings seem like musings at the extramundane factors of black lifestyles inside the South. But then you definitely appearance again, and the sunny yellows turn rank, like grease within the searing warmth. The angle will become vertiginous. The stylistic shifts within an unmarried portray — from spray-painted shadows to penciled-in cigarette butts to more or less brushed blue denim with sgraffito seams (“In the Desert, They Don’t Remember Your Name,” 2018) — feel simply this facet of chaos.

As the artist’s dirt-below-the-fingernails aesthetic sinks in, the specific approaches that the imagery relates to the prison industrial complicated — which have been mentioned during my go to using the gallery’s Associate Director, Raphael Guilbert — become an effective subtext for the conflicts undergirding the paintings, while the real connections remain latent.

While there are clues to the imagery’s origins — in “Induction Cut” (2018), tattooed palms attain via jail bars to shave their consumer, an African American wearing a blue uniform that, alongside the purple-and-white striped barber cape, inspires the American flag — much of the symbolism feels private or even impenetrable: the sneakers revealing bare feet like a radiograph (“In the Desert)  or the three little girls taking walks in a funeral procession across a flower-spangled hill (“DIGGERS / The Procession,” 2018).

The absence of an encumbering context frees the iconographic details (heightened by way of the transferring patterns, which serve to isolate and individuate them) to generate open-ended implications and push into wider arenas. You don’t need to understand that the gleaming, jet-black boots in “SUPERIOR” (2018) belong to a jail defend to discern the discomfiting energy dynamics at play inside the work. Nor do you need to realize that the name of the portray derives from Murray’s Superior Hair Dressing Pomade, a product tailored to the African American market because the 192os, to understand the racial complexities that Phillips has built into the photo.

The tin of pomade — gripped via a hand thrusting forward from the canvas’s left facet, directly above the boots — here doubles as a tin of shoe polish, with simplest the phrase “Superior” seen. Phillips parodies the image on the pomade lid by painting a trio of African Americans (man, female, and child) with featureless white faces store for their smiling, lipstick-red lips.

The combination of signifiers calls to mind a range of institutions, from the subservient jobs deemed appropriate for African Americans throughout Hollywood’s “golden age” to the pressures to comply with white expectancies as a prerequisite for navigating the kingdom’s political, social, and economic hierarchies. The phrase “Superior” inescapably conjures up white supremacy, a perception underscored via SubSuperior, the exhibition’s name.